In a development that could lead to a significant share price rerating based on peer comparisons, Latin Resources Limited (ASX:LRS) has finalised the Maiden Inferred Mineral Resource for the 100% owned Noombenberry Halloysite-Kaolin Project where the company has named its first deposit the Cloud Nine Deposit. A global Inferred Mineral Resource estimate for the Cloud Nine Deposit of 207 million tonnes of kaolinised granite has been reported by RSC, using an ISO Brightness (“IS

LRS delivers Maiden Jorc Resource: Is it better than Andromeda?

Our $96M capped Halloysite hero Latin Resources (ASX:LRS) just announced a 207mt maiden JORC resource which on our initial read looks to be better than $475M capped Andromeda’s 210mt resource. Today’s LRS JORC resource news has significantly exceeded our expectations, also considering LRS has drilled only the first of 5 of its projects - its land holding is 7 times the size of Andromeda. We didn’t expect LRS would announce a maiden JORC inferred kaolin-halloysite resource tha

ASX-listed Latin Resources has delivered a maiden 207 million tonne inferred kaolin-halloysite resource at the Noombenberry project in WA. The newly named Cloud Nine deposit resource includes an eye-catching 123Mt of bright white kaolin bearing material and 84Mt of kaolin-halloysite material, sending the company on a path to fast-track production with a pre-feasibility study next on the cards. Website Link: https://thewest.com.au/business/public-companies/latin-on-cloud-nine-

If you missed out on the chance to watch our Executive Director, Christopher Gale's live Webinar with Reach Markets, please find below the "The Insider: Meet the CEOs Webcast Replay"

The Insider - Meet The CEOs

Latin Resources Limited (ASX: LRS) is pleased to provide a presentation to be given by Christopher Gale, Executive Director to investors and shareholders via a live webinar hosted by Reach Markets at 12 p.m. AEDT on Wednesday, 26th May 2021. Chris will discuss the Company’s project portfolio and key activities planned for 2021. To participate, please register at: https://reachmarkets.com.au/webcast/latin-resources-investor-briefing-26-may/ 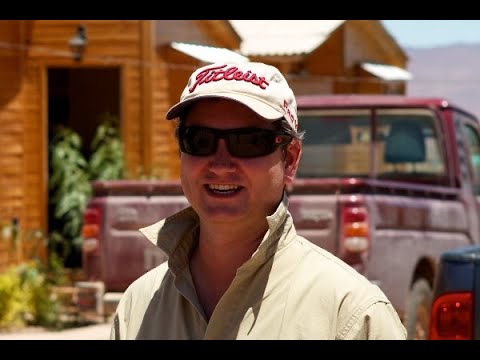 Latin Resources: Could this be the biggest halloysite and kaolin resource in the world?

LRS delivers Maiden Jorc Resource: Is it better than Andromeda?